skip to main | skip to sidebar

Who Founded the Village of Star Prairie? 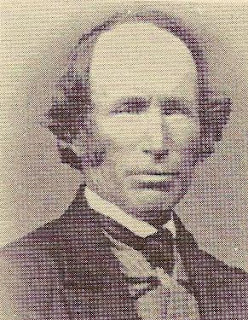 Thomas and Trueworthy Jewell were two of four brothers attracted to Wisconsin's St. Croix River lumber industry in the early 1850s.  Ezra and Phillip Jewell had arrived first, Phillip in 1848, establishing themselves in the booming lumber industry at the Falls of the St. Croix.  Letters written back to Lowell, Massachusetts, where Trueworthy lived, extolled the virtues of this new found land with its virtually limitless stands of virgin pine.  In New Hampshire and Massachusetts, Trueworthy had dabbled in the grain trade, ran a sawmill, worked as a fisherman and engaged in railroading.  Like many other New Englanders of that time, Trueworthy yearned for greener pastures and prospects of wealth.
In  1852, Trueworthy came to the St. Croix Valley to have a look at the country his brothers had raved about.  Apparently Trueworthy was unimpressed.  He caught a steamboat and headed downriver for home.  Near Burlington, Iowa, Trueworthy ran into his brother Thomas (Photo: above)  heading north to have a look for himself at this new land.  After considerable arm-twisting, Thomas convinced Trueworthy to turn back and "relook the country over."   The brothers spent the winter working in the sawmills at the Falls of St. Croix.  Thomas relied on the machinist and carpentry skills he had cultivated in Fisherville, New Hampshire.  The following spring (1853) both brothers returned to the East.  Trueworthy returned to railroading while Thomas made plans to bring his family to Wisconsin.  Reluctantly, Trueworthy and his family joined Thomas for another trip west.   In June of 1854 they all set foot on the steamboat landing in Hudson, Wisconsin.
The brothers spent a good share of the summer hiking through the backwoods of St. Croix County looking for an ideal spot to locate their families.  Finally, they came to rest beside a chattering brook that flowed into the Apple River.  The brothers purchased this land shortly thereafter as the location for their homes.
Using tamarack logs from swamps north of the present day village, Thomas and his family built their first cabin.  To finish the job he carted boards and shingles from the sawmills at the Falls of the St. Croix overland thirty-two miles to his homesite.  At the time Thomas built his cabin there were no other houses in what is now Star Prairie.  Nine years later, Thomas replaced this rude cabin with his "large and substantial mansion" on the same site.  The original home still stand today.  A full year later, Trueworthy and his family joined Thomas' family.  Trueworthy located his cabin north of the brook on the site of the present home of Mr. and Mrs. Paul Casey.  The cabin was eventually replaced by a snug frame house.  This house later burned and a third dwelling was constructed in its place.
The Jewell brothers would go on to construct Star Prairie's first grist and sawmill which they operated until 1863.  Both were active in promoting the growth of this small village.  To attract settlers they offered lots gratis to anyone who would build in this new settlement.  They worked to establish small businesses and a church for early residents.  Both Thomas and Trueworthy held numerous positions  in town and county government.
So. . . Who Founded the Village of Star Prairie?  Wallace Silver in OXCART DAYS seemed to give most credit to Trueworthy.  Perhaps this was because of his greater longevity  (he lived 15 years longer than his younger brother Thomas)  and his very unusual name.  Who can forget "Trueworthy"!!  Without ignoring the contributions of Trueworthy, my sentiments lie with Thomas.  Older sources than OXCART DAYS clearly document the fact that Thomas settled here first.  Moreover, Thomas' optimism convinced his skeptical brother that this new land held promise.  I think Thomas Bickford Jewell deserves most of the credit.
Posted by J. Ronning at 10:40 AM 1 comment:

Welcome to the Oxcart Chronicles! 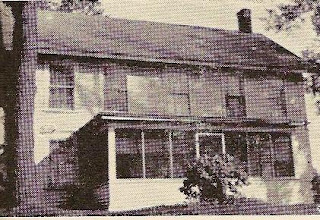 Welcome to The Oxcart Chronicles! This blog will showcase my love of history as well as the quaint village of Star Prairie, Wisconsin.

Please check back often and read about the history of this wonderful little corner of the world!
Posted by J. Ronning at 12:55 AM No comments: 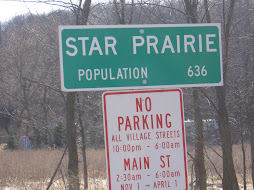 New to the world of blogging?

Many of you like myself are new to the world of blogging.   I have now learned that when you are first reading  a blog you start at the bottom and read your way up.  While this boggles the mind of the chronologically minded historian  -  it seems to make sense to bloggers.  So remember the oldest posts are at the bottom and the newest at the top.  I hope you enjoy reading the history of my village.

What's the best thing about living in Star Prairie?